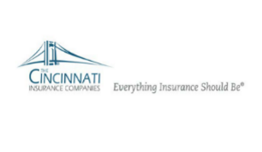 Cincinnati Financial is EVERYTHING INSURANCE SHOULD BE.

Cincinnati Financial, formed in 1968, stands among the nation’s top 25 property casualty insurer groups, based on 2013 net written premiums. It operates through The Cincinnati Insurance Company, which itself has four insurance subsidiaries, and through two financial services subsidiaries.

Four independent agents formed The Cincinnati Insurance Company in 1950; their commitment to the independent agency system became their core strength and continues as their most important competitive advantage. their mission places independent agents at the center of their identity, recognizing that locally based agents have the relationships that lead to satisfied, loyal policyholders and profitable business. This approach has produced above average profitability and growth of shareholder dividends, benefiting from their low expense field structure. Empowered field representatives work out of their homes in the same communities as the agents and policyholders they serve.